In 1995 the woods of the Komi Republic were included in the world heritage of UNESCO. Komi is the region where the largest natural park in Europe and the 7th largest one in the world is situated. It is called Yugyd-Va and covers the surface of almost 19,000 km2.

Special attention should be given to the mysterious Manpupuner rock formations, known as the 7 Poles of the Komi Republic. In 2008 they were listed among the 7 miracles of Russia, which made the place one of the most popular tourist attractions. 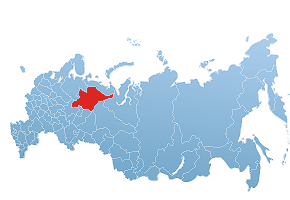 Manpupunior with the moto sledge

Days 2. We will cross the taiga and the plains of the tundra. Majestic views, lakes, rivers, brooks and virgin woods. Little by little we will approach the mountains.

Days 3. We will reach the magic Manpupuner site and stay the whole day enjoying the place.

Choose the option that suits you. You can buy the package that we offer above or choose a customized itinerary. Make the right choice according to your desires.

Buy the pack
Make a customized trip
Next